Interview with Dr Hans van Luit, Professor of Dyscalculia at the Utrecht University in the Netherlands. The Netherlands is one of the few countries where dyscalculia has been officially recognized. Since 2012 psychologists follow guidelines from the Dyscalculia Protocol for a diagnosis of dyscalculia, published by Dr van Luit and his team. The protocol contains guidelines and several detailed case studies. Students who receive an official diagnosis receive support in school as well as accommodations for exams. Dr van Luit and his team have also designed an evidence-based math intervention for students at risk for dyscalculia. 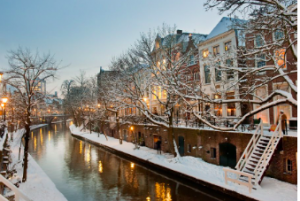 1) What are the three criteria used to diagnose dyscalculia in the Netherlands?

Criterion 1: determining the presence and severity of the math problem.

Criterion 2: to determine the math problem related to the personal abilities There is a significant discrepancy with respect to what can be expected of the student, based on their individual development.
a) Their cognitive level can be determined by an intelligence test. It is not possible to determine dyscalculia when the student has an intelligence score of 70 or below. In case the total IQ-score is between 71 - 85, diagnosing dyscalculia has to be done with caution. Mathematics requires a complex skillset, which relies on higher cognitive functions. Therefore, it is not realistic to expect from children with an IQ-score between 71 - 85 to develop and achieve the same math level as their peers with an average IQ-score.
b) An analysis of the student’s school history should reveal a specific low progress in mathematics. In the event that the performance in other learning areas is also low, it likely indicates a general learning problem or a broad learning disorder.
c) Mathematical problems of gifted children often get noticed later than usual.
d) In case a student has a comorbid disorder (ADHD for example), his or her math performances have to be considerably lower than usually expected of children with the disorder. For other comorbid disorders like dyslexia, autism and dyspraxia such lower scores are not necessary.

Criterion 3: to determine persistence of the mathematical problem

There is a persistent problem in learning mathematics. To determine the persistency of the problem, the structural and specialized help a student received in mathematics is investigated. According to the model of ‘Response-to-Instruction’, didactic resistance can only be determined with great certainty, when the conditions on all three levels have been complied (Fuchs &amp; Vaughn, 2012). A dyscalculia diagnosis can only be made if the student fulfills all 3 criteria.

2) How can we identify children who are at risk for dyscalculia or severe math difficulties at an early age?

There are several indicators. When parents talk about the development of their child who has a math problem, they often mention that their child at a young age (4 - 5 years old) lacks knowledge about numbers, symbols, precise counting of a small number of objects etc. So, the signs are already there at an early stage. Teachers in kindergarten mention that children who are diagnosed with dyscalculia at an older age, were weak performers on mathematics related tasks such as fluent counting forward and backwards, understanding early math vocabulary such as ‘fewer than, more, less’ and so on. Teachers in grades 1 and 2 mentioned they noticed a very low performance of that particular child in understanding the regular math instructions and very low results in math tasks and tests. The signs may appear earlier, but the diagnosis is only possible from grade 3 (Primary 3) onwards. 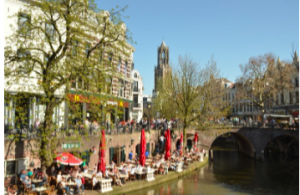 3) What is the best way to support students who have been diagnosed with dyscalculia, including accommodations in school?

An important part is to investigate the learning potential of a child. In this diagnostic process, the therapist is searching for the zone of proximal development (tasks which are not too difficult and not too easy for the child). This concept concerns investigating the level of mathematics at which an individual student can solve tasks independently, and how much and of what intensity a child needs help when the complexity of tasks is slightly enhanced. By offering help (using one or more five phases of help: offering more structure, decrease the complexity, offering verbal help, offering material help or modelling - demonstrate, associate, or copy - of the material help) the therapist discovers from which kind of instructions the child benefits the most.

The ease with which the student can reproduce the strategies after one or two weeks with similar tasks, is an indication for learning potential. For some children the taught strategies appear to be unfamiliar, even when the strategies have been practiced intensively. In that case their learning potential appears low. Other children are capable of reproducing the taught and practiced strategies with similar tasks, which indicates some higher potential. Furthermore, the therapist takes note of weak and possible strong characteristics of the child: for example, a weak verbal ability and an average visual ability. Subsequently, the therapist can teach the child to make a picture/model of the math problem to increase a better understanding, which makes it easier to solve this task. Another example, a child with dyscalculia who is weak in automatizing basic arithmetic such as 8+7 or 7x3 can benefit from support resources such as a strategy card or a calculator. All support which can help the child and that is allowed by school (and law) can be implemented, including the use of resources which compensate the lack of remembering facts and so on.

4) What is the most important message in your latest book ‘This is Dyscalculia’ (2018) that you think is crucial to know for practitioners, teachers and parents?

A diagnostic assessment to determine the individual deficits, an early intervention and professional guidance are pivotal in providing the best support for a student who has dyscalculia. 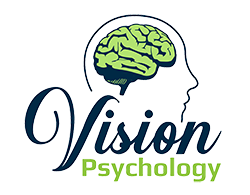